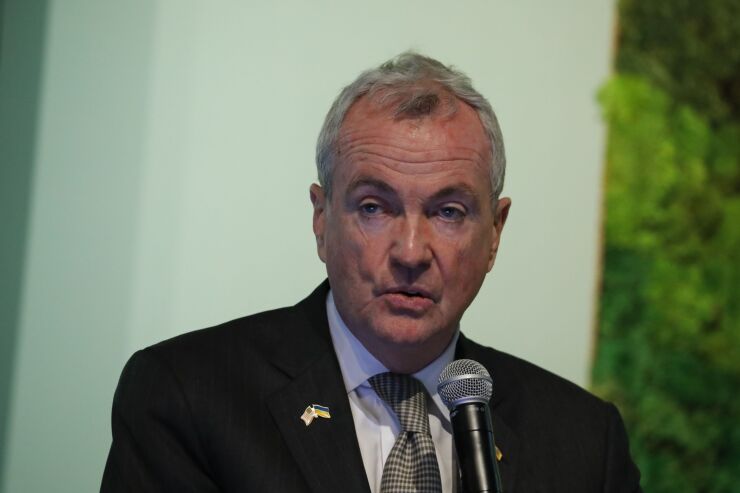 State budget negotiations in New Jersey are getting the benefit of tax revenue hauls in March and April that far outpaced expectations.

Signs of robust economic recovery in New Jersey added an additional $4.5 billion in revenue to the state’s fiscal 2022 estimates, according to Gov. Phil Murphy’s office.

“The rapid revenue recovery last year, followed by the continued revenue surge this year, is unprecedented” and marked a 35% increase “from a low of $38.0 billion in FY20” to “an estimated $51.4 billion today,” Deputy Treasurer Aaron Bind told the State’s Senate Budget Committee on May 16.

Now, lawmakers must decide how to allocate the flood of revenue before the end of the fiscal year on June 30.

“Negotiations are still ongoing,” according to Danielle Currie, press secretary for the Office of the State Treasurer, who added, via email, that the Murphy administration is looking to support proposals that “include a healthy surplus, reduces State debt, and delivers property tax relief to New Jersey families.”

Murphy’s Democratic Party holds majorities in both houses of the legislature but they aren’t necessarily marching in lockstep.

Materially, that has meant negotiating around efforts like the tax relief scheme put forward by Assembly Speaker Craig Coughlin.

“He is seeking to create the largest tax relief plan in state history,” said his spokesperson Cecilia Williams, by using funds to vastly expand the existing ANCHOR program, which, in its current iteration, provides property tax rebates to homeowners making up to $250,000 a year. The most recent GOP proposal also calls for billions in income and property tax relief.

Senate Budget and Appropriations Chair Paul Sarlo has made planning for the next recession a key initiative. Before the recent update to revenue estimates, Sarlo was asking for a $5 billion surplus going into the next fiscal year – the Governor had agreed to $4.5 billion. Now, however, Sarlo is pushing for upwards of $8 billion, and negotiations are still ongoing, according to his office.

“The surge in state revenue is welcome, but it comes with warnings,” Sarlo said via Twitter. “We can’t expect it to continue. We have to be prudent and responsible in how we manage resources.”

According to Ted Hampton, senior credit officer at Moody’s Investors Service, “a number of state officials, not just in New Jersey, are having similar thoughts.”

“States are at something of an inflection point,” he said. “There’s been this very strong economic and revenue growth that’s provided a lot of support. It’s provided what you might call a tailwind.”

States across the U.S. have had strong economic rebounds following pandemic lows – neighboring New York, for example, posted 33% revenue growth in two years. Now, they are moving into a period of more “salient economic and revenue risks,” and thinking past the present period is crucial.

“If you get a big windfall, ” said Hampton, “and you use it to support your normal programmatic spending, then once you’ve spent all that money, and you have to fund the same programs, the next year, you’re in trouble.”

Rather, the state should seek to create “a bigger budgetary cushion” by “forcibly addressing its long-running problems,” Hampton said.

One way to do that is to pay down debt, as the state did in February when it retired $3 billion in debt. The move was influential in Moody’s decision to upgrade New Jersey‘s rating to A2 from A3 a month later.

“The way they carry that out was part of our view that the state had really made significant progress that warranted a higher rating,” Hampton said. “They could, again, take additional revenue that they’re receiving now and further reduce their debt burden.”

Paying down debt is a widely supported move across the state government, and billions in surplus will likely be funneled towards a debt defeasement fund. How much is still up in the air, and proposals range from $1.3 billion to $8 billion.

Lawmakers have until June 30th to finalize the budget.

Sales of existing homes fell in May, and more declines are expected
Coinbase shares fall after rival Binance.US drops spot bitcoin trading fees
Blockchain isn’t as decentralized as you think: Defense agency report
Here’s why this housing downturn is nothing like the last one
3 Possible Solutions To Housing Booms And Busts