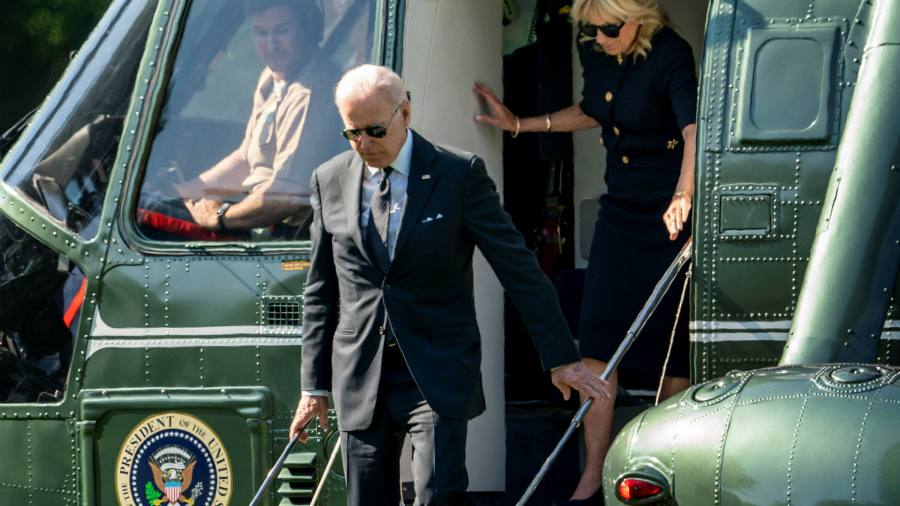 Joe Biden on Monday said the US would not send Ukraine long-range rocket systems that could be used to attack Russian territory, dealing a blow to Kyiv, which has repeatedly asked for such weapons.

“We are not going to send to Ukraine rocket systems that can strike into Russia,” the US president said in response to a question on whether Washington would consider sending long-range systems to the country.

US media reported last week that the administration was preparing to dispatch long-range rocket systems to Ukraine, including the Multiple Launch Rocket System, a US weapon capable of firing long-range rockets.

On Monday, a senior US administration official said that “nothing is on the table with long-range strike capabilities” but that providing an MLRS system — which could also be used for short-range munitions — was still “under consideration”.

US officials have previously said Washington does not want to see American military aid used to help Ukraine strike inside Russia.

Oleksiy Arestovych, an adviser in Ukrainian president Volodymyr Zelensky’s office, said Biden’s comments probably meant the US was trying to decide what type of MLRS to provide to Kyiv.

“MLRS has missiles of very different types and ranges . . . Let’s see what decision will be made in the US in the near future,” Arestovych said.

On Friday, Pentagon spokesperson John Kirby acknowledged that Ukraine had asked for an MLRS system but said a decision on whether to provide one had not yet been taken.

“Certainly we’re mindful and aware of Ukrainian asks, privately and publicly, for what is known as a Multiple Launch Rocket System. And I won’t get ahead of decisions that haven’t been made yet,” he said.

Senior Ukrainian officials, including President Volodymyr Zelensky, have ratcheted up pressure on the US and allies to provide longer-range weapons, including the MLRS and a separate long-range rocket system known as himars.

Ukrainian forces view longer-range fire as critical in the fight for the Donbas, which is becoming a war of attrition, where both sides are shelling each other with heavy artillery and sustaining big losses.

Dmitry Medvedev, a former prime minister of Russia who is now deputy chair of the country’s security council, on Monday welcomed Biden’s comments, describing them as “rational”, according to Reuters.

On Friday, following the US media reports that Washington was weighing sending long-range rocket systems, a Russian television host on a state-owned channel warned sending Ukraine an MLRS system would “cross a red line”.

The US has already pledged dozens of American-made 155mm howitzers, which have a longer range and are more accurate than standard Russian cannons. The majority have arrived in Ukraine and are beginning to be used on the battlefield, US defence officials have said.

The weapons are part of an overall package of lethal assistance to Ukraine worth billions of dollars, including the artillery and anti-tank systems that played a critical role in fending off Russian efforts to take Kyiv and other parts of the country.

This month, the US Senate approved a further $40bn in military, economic and humanitarian assistance.

Later on Monday, Biden used his annual Memorial Day address at Arlington Cemetery, Virginia, to accuse Russia of trying to “snuff out the freedom, the democracy — the very culture and identity — of neighboring Ukraine”.

He added: “Ukraine is a people on the frontlines fighting to save their nation,” said Biden. “Their fight is part of a larger fight that unites all people, is a fight that so many of the patriots whose eternal rest is here in these hallowed grounds are part of — a battle between democracy and autocracy, liberty and repression.”