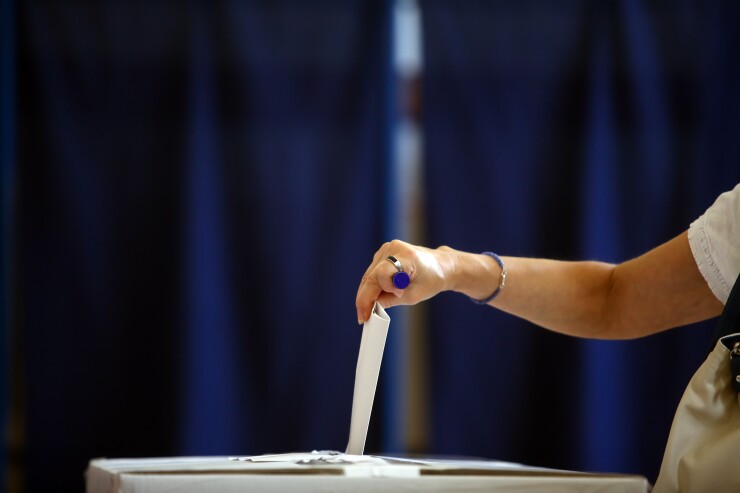 Texas voters approved record bond packages for San Antonio and Fort Worth on Saturday, while a few school districts with large debt proposals stumbled, particularly with projects unrelated to academics, according to unofficial election results.

Cities and school districts across Texas piled a record $18.5 billion of bonds on ballots for the spring election as the state’s growing population puts a strain on existing schools, roads, and other public facilities.

Voters passed all six parts of San Antonio’s $1.2 billion bond package. Proceeds will be spent on streets, bridges, and sidewalks; drainage and flood control; parks and recreation; library, cultural and public safety facilities; and for the first time affordable housing.

“The voters agreed that there is tremendous need in our community and the city is going to move quickly to make all 183 projects a reality,”  City Manager Erik Walsh said in a statement.

Margaret U. Villegas, the city’s assistant finance director, has said the general obligation bonds would be sold over a five-year period starting around August with a negotiated deal.

“The most significant portion of the program was for transportation, public works,” said Alex Laufer, Fort Worth’s debt manager. “That’s a huge need here for the city with all the immense growth that the city has seen.“

The bonds will be sold in four or five tranches over the next five years, he said.

“It’s most likely that they’ll be competitive issues, although we’re continuously monitoring what’s most advantageous for the city,” Laufer added.

School districts accounted for $16.17 billion of the bonds up for a vote.

Forney Independent School District in Kaufman County in northeastern Texas won approval from 65.8% of voters for nearly $1.3 billion of bonds to build new schools and expand existing ones as the student population is forecast to rise from fall 2021’s 14,351 enrollment to 25,000 in five years and 35,000 by 2031.

“The (bond) sale will be spread out over time,” said Kristin Zastoupil, a spokeswoman for the district.  “We use two trigger points or greenlights before we sell: growth and financial capacity.”

Other districts were not successful.

Voters in Community ISD, northeast of Dallas, rejected two of the district’s three bond proposals, only approving $595.6 million to build elementary and middle schools and expand the high school. The failed issues would have raised $19.3 million for stadium upgrades and $35 million for a multi-purpose indoor facility.

Sheldon ISD, also in the Houston region, said its three-part, $736.57 million bond package to build schools, a multipurpose community center, and a natatorium failed with just over 570 residents voting in the election.

The city of Longview in eastern Texas reported on its website that nearly 59% of voters approved $45.6 million of pension obligation bonds for its Fireman’s Relief and Retirement Fund.