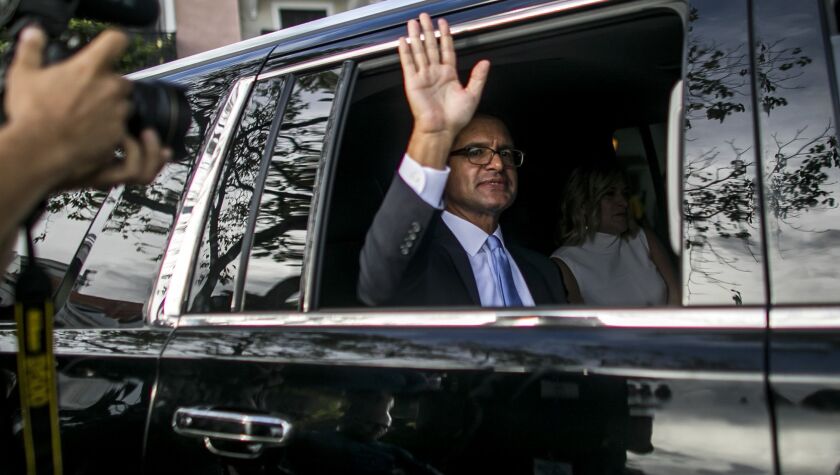 Puerto Rico Gov. Pedro Pierluisi called for a 20% increase in payroll spending in his annual state of the territory speech delivered to the local legislature Tuesday.

Pierluisi also said his proposed budget would cut spending on outside professional services by 13%.

“Last year we were focused on the crises we have had to face: the COVID pandemic, government bankruptcy, budget cuts, fair demands from public servants, and pending reconstruction,” Pierluisi said. “This year, although we still have many challenges ahead of us, we can talk about the future, about greater control of the pandemic, the end of bankruptcy, investment in our people, a more efficient government, infrastructure projects throughout the Island and the promotion of our economic development.”

Pierluisi said, “The confirmation of the government debt adjustment plan is the most transcendental step we have taken towards the economic recovery of our island…

The governor spent part of his speech highlighting how federal spending was helping the island and would continue to do so.

He said through the American Rescue Plan the federal government had agreed to assume three quarters of the cost of an earned income credit for workers. President Joe Biden has also extended the Dependent Minor Credit to the island’s low- and moderate-income families.

The Federal Emergency Management Agency had 510 projects underway at the start of Pierluisi’s term in January 2021, but this increased to 3,177 projects by December , the governor noted.

Puerto Rico will be receiving an additional $177 million from the Federal Highway Administration this year to cover road infrastructure improvements, he said.

The governor thanked Biden for removing the cap on Medicaid benefits that residents receive.

As of Tuesday, the island had 18 fewer murders than it had in 2021 and 11 fewer than in 2020, the governor said. It also had 1,158 fewer Part I serious crimes than in 2020. Part I offenses include murder, rape, aggravated assault, robbery, burglary, larceny, motor vehicle theft, arson, and human trafficking.

The Oversight Board and the local government’s Fiscal Agency and Financial Advisory Authority hope to negotiate a new Puerto Rico Electricity Power Authority debt deal in the next few weeks.

“In the Electric Power Authority, after a necessary change of command, the electricity generation system has been stabilized and a coordinated maintenance plan has been established to ensure sufficient generation and avoid blackouts,” the governor said.

“With the LUMA [privatization of transmission and distribution] we have achieved greater stability in electricity distribution. Despite a bumpy start, subscribers without service are already well below past numbers.”

Top Wall Street analysts stand by these stocks as the first half of 2022 wraps up
Inflation poses biggest threat to IIJA rollout: U.S. DOT official
Coinbase shares fall after rival Binance.US drops spot bitcoin trading fees
Mortgage demand is now roughly half of what it was a year ago, as interest rates move even higher
Abortion battle shifts to US Congress and midterm elections