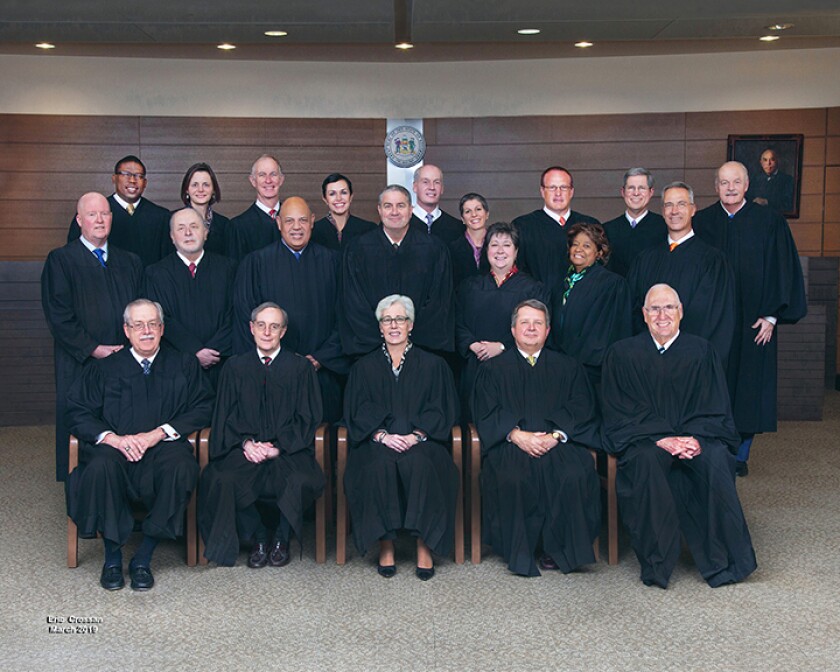 Lawyers for Preston Hollow Capital LLC and Nuveen Investments will square off Thursday over summary judgment requests and what expert testimony should be heard when PHC’s defamation allegations potentially go to trial this summer.

The two sides are at odds over expert witness testimony and Nuveen is pursuing sanctions against PHC and asking the court to toss the case.

Two counts — on defamation and antitrust practices — were dropped by the Delaware Chancery Court, but PHC has continued its pursuit on those claims on separate legal tracks as it seeks monetary damages for business it claims to have lost because of the alleged damage to its reputation and banking relationships.

PHC’s expert witness in the defamation case puts past and future losses expected through 2023 at more than $600 million. Nuveen contends PHC can’t prove the loss of any business stemming from comments John Miller, Nuveen’s head of municipals, and his team that were made against PHC with other market participants. Nuveen’s own expert witness refutes PHC’s dollar figures as inflated and based on flawed methodology.

“Recordings of these calls reveal that Miller and his associates made numerous false statements to broker-dealers about Preston Hollow,” PHC filings read. “These statements were either intentionally false or manifested reckless disregard for the truth in order to harm Preston Hollow’s business” and were “intended to, and did, deprive Preston Hollow of future business opportunities.”

Nuveen countered “there is no evidence that the allegedly defamatory statements were the proximate cause of any reputational loss or prejudice to its business.”

Nuveen notes that three years of litigation have resulted in 80 depositions and over 1.7 million produced documents. Most filings in the defamation are sealed until firms can weigh in on redactions on information considered confidential.

PHC is asking the court for partial summary judgment on some of Nuveen’s counter-claims. The court in 2020 agreed with PHC that Nuveen couldn’t attempt to re-litigate the Chancery Court findings in the ensuing arguments over whether defamation occurred.

Besides court warnings against any future efforts to damage PHC, Nuveen escaped any tougher sanctions as no monetary damages were sought. In the defamation litigation, PHC seeks damages to be determined at trial of no less than $100 million, and attorney fees. The federal lawsuit seeks a jury trial and asks for compensatory damages.

The defamation case is being pursued in Delaware Superior Court and the antitrust case in New York federal court. It was during the original case that PHC first aired transcripts of recorded calls between Miller and members of his team with top broker-dealers, during which Nuveen threatened to shun firms that continued to do business with PHC by placing them “in the box.” Some firms appeared amenable to the pressures while others pushed back.

On the calls, Miller and his team accused PHC of predatory lending practices. Nuveen has argued its comments using words — such as predatory, covenant-lite and fleeced — were opinions and legal within the confines of a competitive business aimed at protecting its market position and reputation.

The evidence gathering continues in the antitrust case while that phase has been wrapped up in the defamation case before Delaware Superior Court Judge Mary M. Johnston.

Arguments Thursday will focus on the various tussles between the two firms over what should go to a jury, should the trial proceed July 11. Depending on the outcome of the arguments Thursday, mediation must take place by a May deadline and a pre-trial conference is set for June 22.

If the case moves forward, the summary judgment filings on both sides seek to pare down claims by resolving them ahead of trial with each firm countering the other. Other motions include one Nuveen filed seeking sanctions against PHC for “misconduct during depositions” while others deal with expert testimony, including a dispute over potential damages.

In one filing, PHC’s expert witness Michael A. Goldstein, who has a Ph.D. from The Wharton School and is a professor of finance at Babson College, has estimated damages on pre-tax basis from lost business at $396 million. Goldstein used a net present value calculation to estimate Preston Hollow’s damages from alleged lost originations due to the reputational damage. He calculated the cash flows from the lost originations based on the average coupon rate and duration for a Preston Hollow transaction.

Because Preston Hollow’s income from municipal bonds is tax-exempt and is therefore worth more than taxable income, Goldstein applies a tax “grossed-up.” Applying that formula, the damages rise to $628 million including $421 million from 2019 to the third quarter of 2021 and $207 million from the fourth quarter of 2021 through calendar year 2023.

Nuveen’s expert witness, Glenn Hubbard, a professor at Columbia Business School, alleges Goldstein errs in the use of flawed methodology on multiple fronts and that even when applying some of his methodology, the damages would be far lower. Nuveen also contests PHC’s attempts to predict alleged losses through 2023 and wants Goldstein’s overall testimony excluded.

“We continue to believe PHC’s claims are meritless, particularly its damages claims which lack any legally valid analysis or supporting evidence, and disregard PHC’s own contradictory testimony,” said Nuveen spokeswoman Jessica Greaney. “Among other things, PHC’s damages calculation assumes that its revenue decline was solely attributable to Nuveen, ignoring other factors that dramatically affected the municipal bond market, including record-breaking inflows that flooded the municipal bond market beginning in 2019.”

Antitrust
PHC resurrected its antitrust claim in 2020, suing Nuveen in the U.S. District Court for the Southern District of New York.

Nuveen sought to dismiss the case based on several legal arguments. In denying the motion last year, the court found PHC had met the threshold at this early stage of the litigation to continue making its case.

Preston Hollow’s antitrust claims allege Nuveen’s conduct constituted a conspiracy to restrain trade in violation of the federal Sherman Act under the “per se” rule and the “rule of reason.” Preston Hollow also asserts a claim of tortious interference with prospective business relations against Miller.

Preston Hollow formed in 2014 to finance direct placements and has $2.1 billion of assets and $1.3 billion of equity capital. Nuveen is a global asset manager, with municipal bonds forming a subset of its various asset classes with fixed-income assets under management of $150 billion.

Preston Hollow alleges that Nuveen is one of the largest trading partners for “top-tier” underwriters and broker-dealers and does in excess of $13 billion “in business” with the nine leading firms it sought to join the boycott. Recordings were made public between Nuveen and Deutsche Bank, Goldman Sachs and Morgan Stanley. Deutsche Bank was PHC’s lender while the others brought deals to market.

When PHC filed the case in late February 2019 it cracked the window open on cutthroat competition in the high-yield municipal market with accusations sparking debate on whether strong-arm tactics break the law, broker-dealer complicity and resistance, and what constitutes pricing fairness.