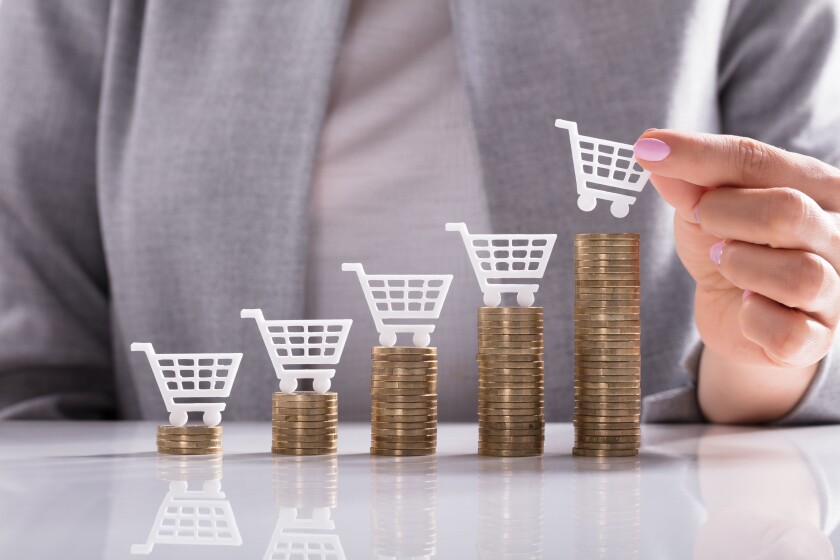 For much of the past year, I’ve felt pretty alone – at least as it relates to inflation. While I’ve been ringing the alarm bell for well over a year, expert after expert insisted that fears of inflation were overblown. In fact, back in February 2021, I wrote the following in The Bond Buyer:

“With the pace at which the U.S. government is printing money, inflation seems all but inevitable. Our national debt has risen by more than 40% in the past four years, and as we begin to recover from the pandemic, inflation could become more apparent in consumer prices.”

For much of past year, though, the Federal Reserve insisted inflation was “transitory,” a product, Fed Chairman Jerome Powell said, of pandemic-specific dislocations and not a massive money-printing program unprecedented in scale and scope. And so monetary stimulus continued, through bond buying and a persistent zero rate policy at the Fed overnight window, coupled with multi-trillion-dollar fiscal stimulus programs. Our national debt ballooned, and now inflation rates are higher than they’ve been since the 1980s, a period of dramatic inflation that most of us had hoped we’d never see again.

As it turns out, our current predicament pre-dates the pandemic. In 2016, after walking past the national debt clock near Times Square, I posed the following question on Twitter: “What will we reach first, Dow 20,000 or debt $20 trillion?” Here we are, six years later, and now we’ve surpassed $30 trillion in national debt and the Dow has passed 35,000. What have we gained? Are the stock market gains that we have enjoyed real, or largely nominal? There’s a good argument to be made that while many of us may feel wealthier in real terms we’re not much better off.

Worse, those at the bottom half of income distribution, which isn’t materially exposed to equities or real estate, are unquestionably worse off today than they were pre-pandemic. Inflation has driven higher prices for staples such as food, gasoline, and rent, increases that aren’t sufficiently offset by nominal wage gains. As a result, our country’s focus on full employment arguably did more to hurt the working class than help it. One might even wonder whether our current political divide is really rooted in an economic divide — who has benefitted from post financial crisis policies and who has suffered?

The risk-on environment
In early 2020, as the pandemic unfolded, there was grave concern across equity markets. What would large-scale lockdowns do to our economy? Market volatility increased dramatically in a moment eerily reminiscent of the financial crisis. But then something strange happened. The market bounced back in a matter of weeks, followed by a year and a half of meteoric rise. Equities went up. Real estate prices went up. Cryptocurrency prices went up.

In retrospect, the “risk-on” environment of the past year and a half has made perfect sense: with both fiscal and monetary policies intent on pumping trillions of dollars into the economy, inflation was all but inevitable. The only way to protect oneself against inflation was to invest in those asset classes most likely to keep pace with these nominal gains. Cash was trash, as the expression goes, and anything that could serve as an inflation hedge was bound to outperform.

Now that the Fed has acknowledged that inflation is more than transitory, a series of rate hikes are on the way. The market consensus is that rates will rise by two to three percentage points over the next three years. What will that mean?

As we begin to reverse course on rates, the big “risk-on” trade is already beginning to unwind. Technology companies, which tend to generate zero (or negative) near-term cash flow, are valued based on a stream of anticipated future cash flows, discounted to the present. As rates rise, the discount rate increases, and the present value of those cash flows declines. Correspondingly, so do share prices.

The same goes for real estate projects; as rates rise, fewer new projects will be economic, reigning in new investment and slowing spending and inflation — precisely what Fed tightening is supposed to do.

As central governments rein in the printing presses and begin to raise interest rates, cryptocurrencies feel like a less urgent hedge against unchecked monetary policy, and, all else being equal, their prices should decline as well. With a return to market volatility, cash all of a sudden seems like a safe haven, or perhaps a smart asset to hold in reserve for the optionality it affords to be greedy when others are fearful, the corollary to Warren Buffet’s famed advice to “be fearful when others are greedy.” Late last year, Morgan Stanley predicted that cash will be the best performing asset class of 2022. Time will tell.

Inflation changes everything
Up until this point, we’ve been fortunate to live in an era of benign inflation. Only half of Gen Xers remember inflation, and younger investors have never experienced it. The consequence is that many investors have no muscle memory when it comes to living through inflation. Inflation changes everything: the decision of whether to lease or buy a car or rent or own a home; how to structure your mortgage and how much leverage you should apply; whether to buy in bulk; when to take on that long-awaited renovation project or go on vacation; how to invest for your kids’ education; and where to keep your cash.

If you have cash sitting in a regular bank or brokerage account, beware: you’ll likely lose real purchasing power every day it sits there. By contrast, interest rates on high-yield savings accounts should adjust to changes in rates much more rapidly.

During the last cycle, deposit betas on online savings accounts averaged 0.6 to 0.8, meaning that 60%-80% of the Fed’s rate hikes made their way through to depositors almost instantly. Deposit betas on brick-and-mortar bank accounts and brokerage accounts hovered near zero, making them the worst place to keep your cash.

In a period of prolonged inflation, real property is likely to retain its value while the real value of debt that you must repay in the future declines (making now an opportune time to take out a larger mortgage on your house.) And simple math stipulates that long-term bonds will lose value, while equities generally tend to keep pace with inflation. The S&P 500 has also historically generated a dividend yield hovering around 2%. This means that for many investors, equities can be thought of as part of their income strategy, so long as one has a long enough investment time horizon and the stomach to withstand market volatility.

Inflation will impact corporates in different ways, too. Many long-term fixed price contracts written over the past few decades when inflation was benign don’t include inflation escalators, whereas it’s relatively easy for producers to adjust prices on consumer staples, which turn over many times a year.

Ultimately, inflation is about expectations. This is one of the reasons why fears of inflation can become self-fulfilling, and why the Fed had no choice but to begin tightening monetary policy to try to rein in expectations.

While the precise path of Fed tightening is an unknown, younger investors would be wise to tap on the shoulders of colleagues who have lived through inflationary periods. With annual inflation exceeding 5%, it’s time to dust off the inflation playbook and position ourselves accordingly.