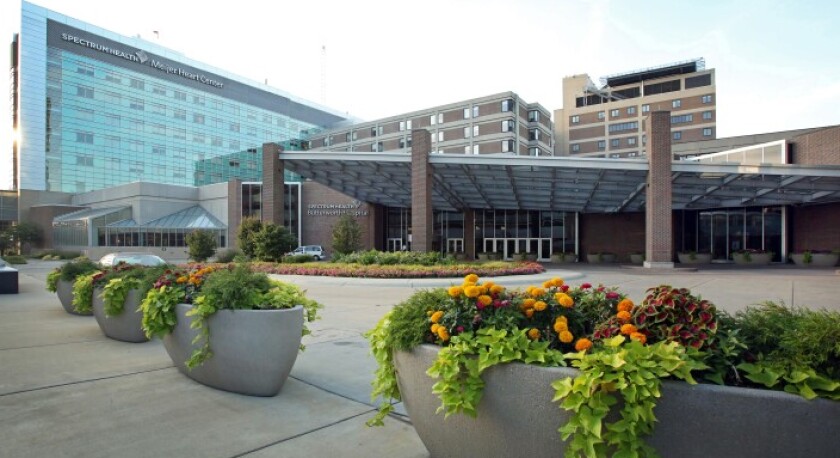 The not-for-profit systems announced their intention to merge by signing a letter of intent in June 2021. One month later, the Biden administration launched its efforts to target anti-competitive practices across a swath of sectors, including healthcare, with federal agencies charged by executive order to implement 72 initiatives.

The systems had aimed to close the deal last fall but later pushed back the timing of the union saying they were supplying federal authorities with additional requested information on the proposed merger and that the Federal Trade Commission was dealing with a backlog of filings to review.

“Our focus, as we launch our new health system, is to continue to provide excellent health care and coverage in our communities,” said Julie Fream, Beaumont Health’s board chair who will serve in that role for the new system.

The deal is the latest as healthcare consolidation continues. The COVID-19 pandemic influenced merger decisions, slowing some while speeding up others, and forced some hospitals to rethink strategies. Larger systems continue to seek partners to leverage their scale and broaden their regional expertise while smaller hospitals are searching for fiscally healthier partners.

Tina Freese Decker, who led Grand Rapids-based Spectrum, will serve as president and chief executive officer of the new system. Southfield-based Beaumont’s chief John Fox is departing. Fox came under fire from employees as the system considered a merger with Advocate Aurora Health in 2020. Employees were concerned the merger would strip away too much local control and hurt patient care.

The new system operates 22 hospitals and 300 outpatient facilities, employing 64,000. Beaumont brings patient revenues of $4.6 billion to the union and was the largest Michigan system based on net patient revenues and inpatient admissions.

Spectrum brings $8.3 billion of revenues to the table, some coming from Priority Health, a health plan with more than 1.2 million members.

The new system has not yet announced any changes to its existing bond structures although officials did say during a call with reporters last year the merger could pave the way for a debt restructuring and improved access to capital.

“We are still working on the details at this point. Watch EMMA for public announcements,” Matt Cox, chief financial officer of the new system, said in an email referring to the Municipal Securities Rulemaking Board’s EMMA site where disclosures are posted.

Biden’s order directs the FTC, which must sign off on mergers and acquisitions, and the Justice Department “to review and revise their merger guidelines to ensure patients are not harmed by such mergers” and vigorously enforce antitrust rules. “Research shows that hospitals in consolidated markets charge far higher prices than hospitals in markets with several competitors,” a White House summary said.

Merger and acquisition activity for the not-for-profit and for-profit hospital sectors last year dropped to 71 transactions from 79 in 2020, 86 in 2019, and 117 in 2018 and marked the lowest level since 2009 when there were 58 transactions, according to a report from the advisory firm Ponder & Co.

While the number of deals fell, average transaction size as measured by target revenue increased to the second highest level over the past decade, driven by a modest rebound in mega mergers, according to the report.