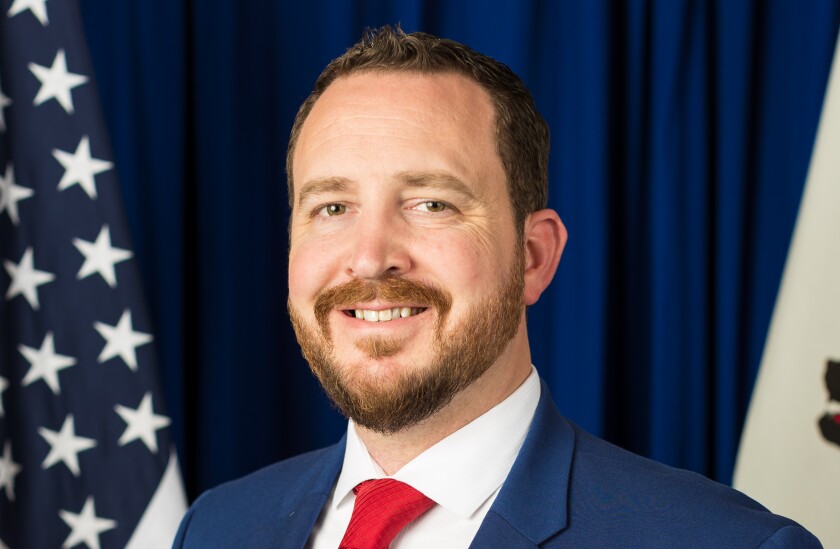 Efforts to capture a fixed share of California’s budget for water infrastructure will continue despite the failure of a ballot measure campaign.

As the More Water Now campaign announced Tuesday it had failed to secure the needed 1 million signatures for the Water Infrastructure Funding Act of 2022 by the deadline, Assemblyman Devon Mathis, R-Visalia, said he would take up the charge and introduce a bill that would place a similar measure on the November ballot if lawmakers approve it.

“As the fifth largest economy in the world, it’s shameful that many Californians lack access to water,” Mathis said.

“Only after years of fighting for funds were we able to finally provide running water to a town that had been dry for a decade,” Mathis said.

Mathis is currently speaking with fellow lawmakers about language for the bill, so that he can make any needed modifications before it’s introduced, according to Justin Boman, Mathis’ chief of staff.

“We do have language drafted,” Boman said. “It’s along similar lines to what More Water Now had proposed, which is broader than ACA3,” a Mathis bill that was mothballed in 2019 when it couldn’t garner necessary support.

The More Water Now measure would have set aside 2% of the state’s general fund — currently about $3.5 billion per year — for projects to increase California’s water supply. The general fund allocation would continue until completed projects add another five million acre-feet per year of water supply to California’s farms and cities.

“In order to solve the state’s reoccurring and severe droughts, we must modernize our aging infrastructure,” Mathis said. “Our current infrastructure was never intended to serve this many residents, let alone the projected increases in population for the coming years. Without a steady supply of funding for water projects, the state’s residents stand to suffer the most.”

Some also raised concerns about locking lawmakers into a set share of the budget in perpetuity, creating problems in lean budget years.

“Without access to water, budget surpluses or deficits are irrelevant,” Mathis said. “However, I have planned for this contingency.”

The measure would sunset once the State Water Commission confirms the state has created 5 million acre feet of new water and all the related bond debt has been paid, Mathis said.

Of course, water isn’t really created: dams shift water away from downstream users and the groundwater that comes from wells is not infinite. Desalination does add to the usable water supply but at a relatively high price.

Local government agencies—usually water districts, cities, and counties—fund most of the projects that provide clean drinking water and supply water for farming, according to the LAO report. These include projects to increase water supplies, such as building water recycling plants.

“In recent years, local agencies spent about $18 billion annually on water supply activities, including construction as well as ongoing maintenance and operation,” according to the LAO report. “The state has spent about $1.3 billion per year to support water supply projects, primarily from voter-approved general obligation bonds paid for by the state’s general fund, according to the LAO report.”

Much of the opposition to the ballot measure came because the broad language would have allowed funding for dams and desalination, both of which have experienced opposition from environmental groups, Ring said in the January interview.

“I encourage potential opposition to my legislation to look at this measure as it really is, a holistic approach to solving our water crisis,” Mathis said. “The funding mechanisms proposed do not preclude any justifiable projects from obtaining this funding.”

It would authorize the Water Commission to establish rigorous criteria for the actual receipt of funds, and ensure that the funds result in the creation of a new water supply, he said.

“Further, we even allow for funds to go towards conservation actions,” he said. “This measure is not a piecemeal approach, thereby we do not give priority to any group. Rather the priority is on ensuring real water funding and solutions for all Californians.”

If Mathis’ bill doesn’t pass, the initiative’s supporters would resume efforts and try to get the signatures needed to land it on the 2024 ballot.

In a separate effort, two state senators introduced an unrelated bill Tuesday aimed at funding projects to support a dam and funding to repair canals.

The bill would allocate $2.6 billion to complete funding of the Sites Reservoir in Colusa County and $685 million to repair the Friant-Kern/Delta-Mendota Canals and the San Luis Feld/San Joaquin Divisions of the California Aqueduct.

The senators want to use general fund money that exceeds the State Appropriations Limit, or Gann Limit, which under state law can be used to fund infrastructure projects. The Gann Limit set a cap on how much in taxes the state can collect based off how much was collected in the 1990s allowing for inflation.

﻿“In 2014, California voters approved funding to build large, aboveground water storage,” Nielsen said. “Because of bureaucratic red tape and a lack of sufficient funds due to increasing costs, we haven’t even turned a shovel on Sites Reservoir. That’s unconscionable. We have the money to fully fund that reservoir and now’s the time to do it.”

The Sites Reservoir project has stalled not only because of red tape, the project has faced opposition from environmental groups including the National Resources Defense Council.

Though California has constructed nearly 1,400 dams and reservoirs, it provides little water compared to the high cost to the environment, Doug Obegi, an NRDC director, wrote in an August blog post. He adds that the Site Reservoir project would be harmful to the already depleted salmon population.

“Most dams and reservoirs have had devastating impacts on our native fish and wildfire, and the Tribes, fishing jobs and communities that depend on their health,” Obegi wrote. “After all, even where dams don’t entirely block the flow of a river, they still take water from the environment, diverting and storing water that would have flowed downstream in a river, nearly always storing that water for farms and cities to use later in the year or in subsequent years.”

Completion of Sites Reservoir would ensure an additional 1.5 million acre-feet of water is stored during wet years and made available to cities, farms and the environment during times of drought, according to supporters.

“California’s water storage and conveyance challenges transcend partisan divides and have been exacerbated due to the recent drought,” said Borgeas, who chairs the Senate Agriculture Committee. “Clean, reliable water in California is not only critical to our country’s economy and food supply, but also our national security. Without proper storage and conveyance investments, California cannot continue to lead the nation in food production.”

The senators contend the funding is needed because California’s Central Valley canals are in severe need of repair.

For example, they said, the southernmost third of the Friant-Kern Canal has lost 60% of its ability to carry water. As a result, farms, cities and rural communities that rely on the canal are losing up to 300,000 acre-feet of water per year in deliveries. Similarly, the diversion capacity of the Delta-Mendota Canal has decreased from 4,600 cubic feet per second to 3,211 cubic feet per second at the terminus.