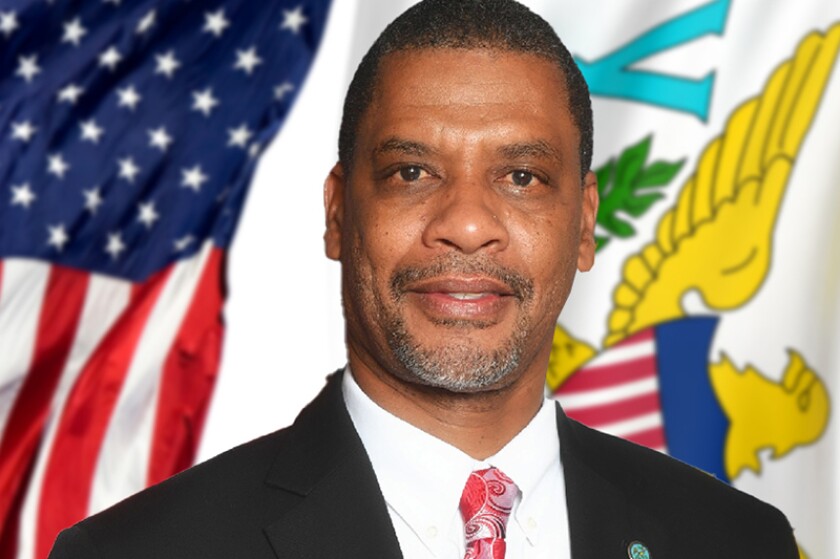 The U.S. Virgin Islands is nearing a vote on a proposed $1 billion matching fund bond refunding to address a multibillion-dollar pension shortfall.

Unless there is an unexpected infusion of cash or reduction of benefits before fiscal 2024, Moody’s Investors Service projects the USVI Government Employees Retirement System will run out of money by that fiscal year, which begins Sept. 1, 2023.

The island’s adjusted net pension liability is estimated at$3.3 billion as of fiscal 2019 per Moody’s.

Gov. Albert Bryan Jr. on Tuesday sent a legislative proposal to the Senate for the refunding, a proposal based on extended conversations with senators who have been working on this plan on their own. Discussions on the $1 billion refunding were in the works in November.

Sen. Kurt Vialet, chairman of the Subcommittee on GERS, Restructuring, Solvency, and Economic Development, and other legislators are in the “final stages” of amending the bill before presenting it to the Committee of Jurisdiction, Vialet said.

The refunded bonds would mature in 2039, Vialet said, adding there are continuing discussions as to whether to include an interest rate cap, which was a holdup on previous refunding attempts.

When the USVI tried to refund $1 billion of the matching fund bonds in September 2020, the deal would have faced as high as a 4.48% yield for the debt. The governor had to withdraw the deal because the Senate had put a 3.75% cap on interest.

That was the island’s third attempt to refund the bonds, making the current proposal its fourth try.

As of April 1, 2019, the USVI had $716 million of general obligation debt, most of it in bonds. It also had $1.04 billion of matching fund bond debt, all of which Vialet said likely would be refunded. The figures are from the approved fiscal 2020 budget and they exclude the debt of the Water and Power Authority.

The bond bill is expected to combine revenue from the annual $108 million the government allots for debt service, $10 million of Internal Revenue Matching Fund currently given to the pension system, and a $40 million sum expected to be collected in excise taxes, Vialet said.

The legislation would create a new entity called the Matching Fund Special Purpose Securitization Corporation, which would be created as a legally separate entity from the government. The MFSPSC would issue the bonds.

Moody’s rates the senior tranches of the matching fund bonds Caa2 and the subordinate tranches Caa3. It does not rate the general obligation debt.

The matching fund bonds are supported by taxes on rum sales in the United States set by the U.S. government.