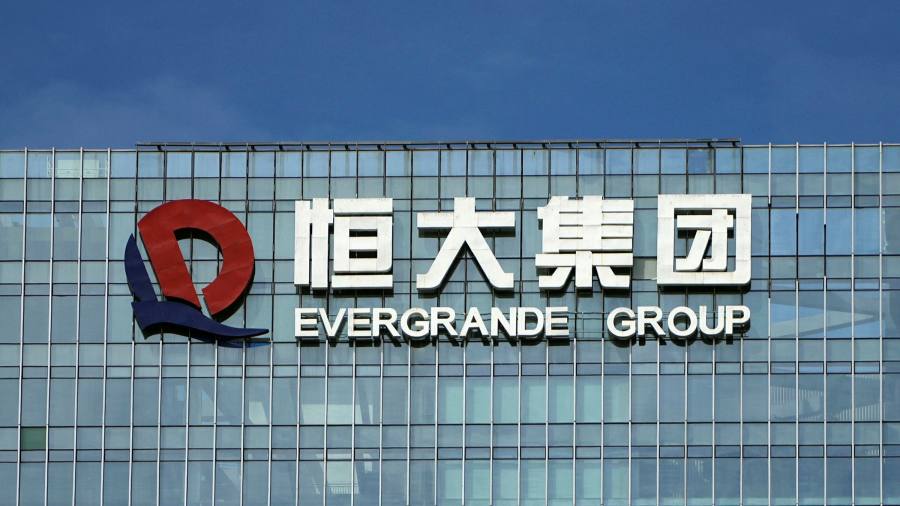 Chinese real estate developer Evergrande said a potential sale of its property services unit had collapsed, deepening the pressure on the group that has just days to avoid an official default on its debt.

A deal to sell 50.1 per cent of Evergrande Property Services Group to fellow developer Hopson Development Holdings for HK$20bn ($2.6bn) had been terminated last week, the group said in filings late on Wednesday.

Evergrande, the world’s most indebted property developer with more than $300bn in liabilities, has been engulfed in a liquidity crisis that has prompted global concern over the deteriorating health of China’s vast real estate sector.

Shares in the group and its property services unit, which is also listed in Hong Kong, have been halted for much of October since Evergrande disclosed the possible sale of the division. It has applied for trading in its shares to resume on Thursday, it added in the filings.

The escalating crisis has led Evergrande to miss a series of interest payments to international bondholders. The initial missed payment on September 23 triggered a 30-day grace period, which ends this weekend, before a formal default is declared. Evergrande has rushed to sell assets but many expect it to require one of the largest restructurings in Chinese corporate history.

In one of two filings on Wednesday, Evergrande said that other than a sale of a stake in a regional bank in China, “there has been no material progress on sale of assets of the group”.

The developer also broke its silence on the missed interest payments, stating that grace periods had “not yet expired”. Its silence, along with the suspension in trading of its shares, has led to criticism of the protections afforded shareholders on Hong Kong’s stock exchange.

Advisers to bondholders earlier in the month said on a call that they had received no “meaningful engagement” from the company since reaching out to it in mid-September, and expressed concerns over the mooted sale of the services unit as well as the bank stake.

Since its missed payments, Evergrande peers including luxury developer Fantasia and Sinic Holdings have defaulted on bonds worth $206m and $246m respectively, while yields on riskier Chinese borrowers on Asian bond markets have soared to their highest level in over a decade.

The People’s Bank of China late last week weighed into Evergrande’s crisis for the first time, saying that spillover effects were “controllable” and blaming the company for its issues.

Economic data this week showed China’s real estate industry contracted in the third quarter year on year, while new home sales across 70 cities in September fell compared with the previous month for the first time since 2016.