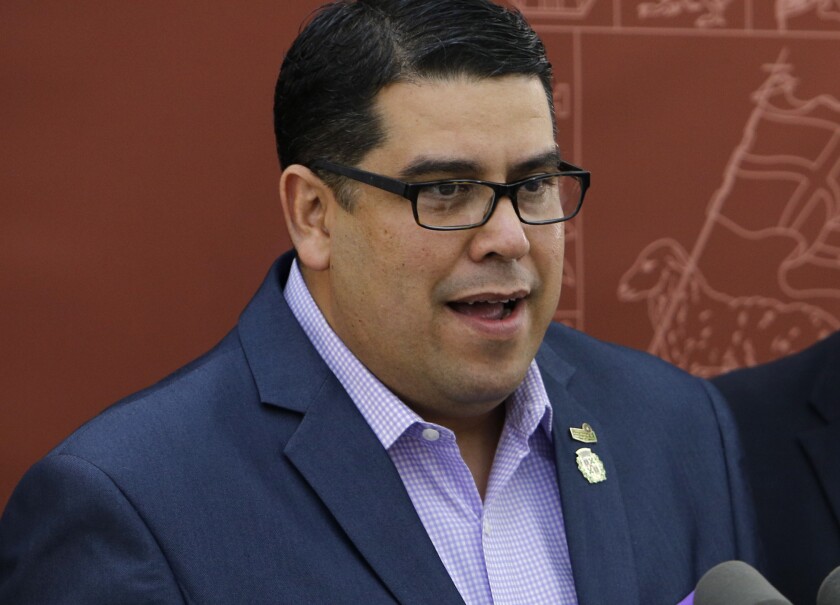 “Until some accommodation can be reached between the fiscal control board and the governor and legislature over these benefit and job issues, debt restructuring for the remaining outstanding obligations will remain elusive,” said Evercore Director of Wealth Management Howard Cure.

House President Rafael Hernández Montañez made the statement after the Senate approved debt legislation that partially enabled the board’s proposed Plan of Adjustment but specified that it could only go into effect if there were no pension cuts and if the board agrees to eight or nine spending measures.

Hernández Montañez said in a written statement the House would not pass a reconciliation bill on restructuring the debt unless the board guaranteed in writing that it would comply with zero cuts to pensions, allocate $62 million per year for municipal governments, provide at least $500 million per year for the University of Puerto Rico for five years, and other concessions.

The board said it was reviewing the Senate bill.

“The dispute over cuts to pension benefits and, to a lesser extent, monies for the university and municipalities, is a perennial problem,” Evercore’s Cure said. “The outsized number and power of the public service workers incentivizes the legislature and governor to protect these benefits and jobs even under this bond default situation.”

What has been going in the last few days is the “House and the Senate attempting to pass their own Plan of Adjustment,” said Municipal Market Analytics Managing Partner Matt Fabian. “It’s not the process the board wants but at least it’s a process. It’s better than cold indifference.”

Once the House’s and Senate’s demands are known, they can be negotiated, Fabian said.

The board claims it has the right to restructure the debt without local government approval, but acknowledged getting consentwould avoid complications. Bondholders have also said they would prefer new bonds have the local government’s formal authorization.

The Senate vote was 19 in favor and 8 against. All members of the Popular Democratic Party, which holds a plurality in the Senate, and seven members of the New Progressive Party voted in favor.

“In the time that I have been here, there has not been a perfect project, but I prefer a mechanism that allows making decisions in favor of Puerto Rico, protecting pensioners, paying less, and lowering the total amount of the debt, than arriving with nothing before Judge Taylor Swain and that she be the one to decide,” Dalmau Santiago told the senators.

Dalmau Santiago said he wanted to comply with the bill’s provisions so debt payments will go down, the board will leave, the university will receive benefits, healthcare will improve, and jobs will be created.

Here’s what the Federal Reserve’s 25 basis point interest rate hike means for your money
How to Play the Pound and UK ETFs Now?
Sunak faces crunch decision on post-Brexit Northern Ireland
Stock Market Coaching | Do You Need a Mentor? – Mindsets of a Master Trade Ep 205
Munis firmer across the curve, outflows return