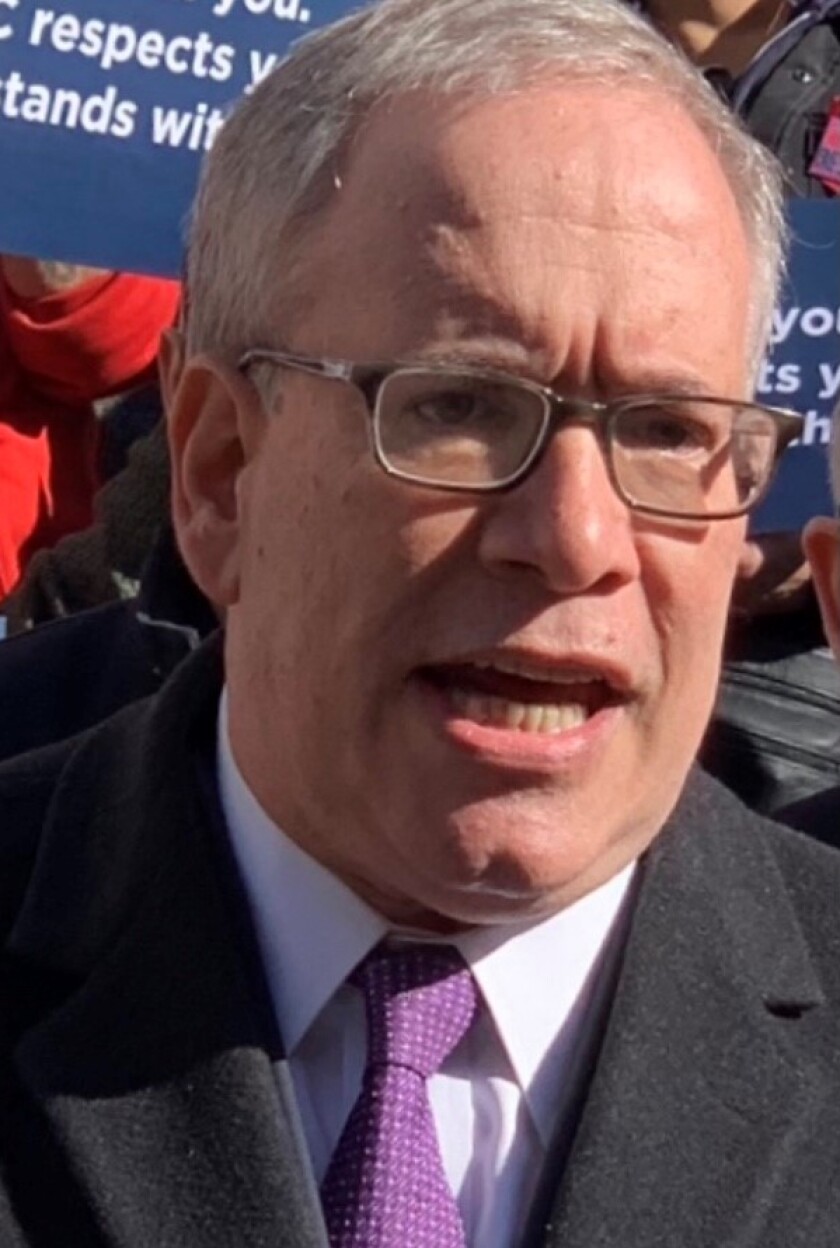 When COVID-19 hit in 2020, many concerned New York City residents fled the city, trading their cramped urban apartment lives for the wide-open and relatively safe spaces of suburbia and exurbia.

As the pandemic took its toll, many people — especially the wealthier ones — began moving out, along with their tax dollars, at an unprecedented rate, according to the New York City Comptroller’s Office.

Now that flight-to-safety move is turning into a risk-on strategy as some of those that left are coming back, which is starting to balance the rate at which residents are leaving.

“New York City is back. The return of residents and boom in move-ins observed over the summer are testaments to our strong economic recovery after nearly a year and a half of net losses,” New York City Comptroller Scott Stringer told The Bond Buyer Thursday.

While most of the initial outflows from the city were temporary, the continuation of remote work and distance learning let people live anywhere, causing a sustained exit of residents throughout 2020 and into early 2021, according to a report released Monday by the comptroller’s office.

“Now, a year and half later, as documented by change of address forms recorded by the post office, these losses have finally reversed,” the report said.

The United States Postal Service compiles data monthly on temporary and permanent requests for a change of address and the comptroller’s office says this shows a clear picture of what’s happening in the city. While the move-outs still outpace the move-ins, the rate at which people are leaving has slowed and returned to near pre-pandemic levels.

Of the 15 neighborhoods that saw net gains in residents during the summer, nine were in Manhattan. The report said that on a per-capita basis summer arrivals were highest in Chelsea/Midtown, Battery Park City/Greenwich Village, Murray Hill/Gramercy and Chinatown/Lower East Side.

“Nonetheless, at the current pace, the data indicates that certain city neighborhoods face a long road to regaining pre-pandemic population,” the report said. “Whether or not these gains accelerate in the upcoming months will largely depend the pandemic’s trajectory, the city’s ability to sustain and expand in-person activities and the endurance of telework policies.”

The city, like many municipalities across the United States, relies heavily on a variety of taxes such as income, sales along with residential property and commercial real estate. So any rise, or fall, in the city’s population will have an effect on its finances.

One of the key’s to the city’s economic success is its in-person office workforce, which is climbing, but nowhere near pre-pandemic levels.

The report cited data from Kastle Systems showing office occupancy jumping to 28% in the second half of September, up from between 18% and 20% earlier in the month.

While this was the highest level since March 2020, it remained lower than all major metropolitan areas in the U.S. except for San Jose, Calif. at 26%, and San Francisco, at 21%.

When it will fully recover remains murky, he said, as many employers continue to offer work-from-home options.

“Midtown and the Financial District are two of the largest business districts in the world. Demand for space led citywide office sector property values to more than double in the decade before the pandemic,” DiNapoli said in a release. “When the pandemic hit, companies shifted office workers to remote work, rents fell, and vacancies rose. I am optimistic for the sector’s recovery, but its short-term future remains uncertain as employers assess future use of the space.”

Data from Burning Glass showed overall job ads in the city between Sept. 3 and Sept. 24 were 17% above pre-pandemic levels.

In the rental market, August data from Streeteasy.com showed the number of apartments available fell to 40,709 in August, continuing a steady decline since August 2020. However, the median asking price for rent rose to $2,700 in August, up from $2,675 in July and up from the low of $2,500 last winter.

In the real estate home sector, the value of residential sales, including one- to three-family houses, co-ops and condos, rose to over $41 billion in the first eight months, up 76% than the same period in 2020 and 18% above 2019. Sales have also driven transaction tax collections higher.

However, commercial real estate sales, including multifamily rental and commercial buildings, were still far below pre-pandemic levels. Commercial sales were $12.5 billion in the first eight months, 6.8% below the same period in 2020 and 50% below the same period in 2019. The report noted, however, the data doesn’t take into account Google’s recently announced $2.1 billion office building purchase.

DiNapoli said the full market value of office buildings in the city, estimated at $172 billion in fiscal 2021, fell 16.6% in the fiscal 2022 final assessment roll. This was the first decline in total office property market values since fiscal 2000, DiNapoli said.

Commercial real estate accounts for the biggest share of tax collections because they are assessed at a much higher rate than residential properties. In fiscal 2021, office buildings accounted for 12.6% of the market value of properties on the assessment roll, but 26.2% of the billable taxable values at $71 billion.

The second quarter was strong for Wall Street firms, with companies seeing quarterly profits of over $13 billion. While profits were lower than the first quarter of 2021 and the same quarter in 2020, they remained well above pre-pandemic levels.

But through all this stress, the city’s finances have remained relatively stable.

The city’s central treasury balance, which are funds available for expenditure, stood at $7.44 billion as of Sept. 29. At the same time last year, the city had a balance of $5.93 billion.

DiNapoli urged New York City officials to monitor the overall employment and real estate markets, “including differences in submarkets, to deliberate carefully over its choices to influence office employment and space, and to ensure that policy decisions will mitigate negative impacts on tax revenue and the economy.”

New York is one of the largest issuers of municipal bonds in the country.

The pandemic has hit the city’s ratings hard.

In December of 2020, Fitch Ratings downgraded the city’s general obligation bonds and its issuer default rating to AA-minus from AA. Fitch retained its negative outlook.

Also last December, S&P revised its outlook on city GOs to negative while affirming its AA rating. Moody’s cut the city’s GOs to Aa2 from Aa1 in October of 2020 and has a stable outlook on the credit.

This July, the city added Kroll as its fourth bond rating agency, to give the credit a boost.

“Our inevitable economic comeback, marked by the reopening of offices, growth of in-person employment, and full return of one of the nation’s largest school systems, reaffirm the city’s status as the greatest place to live and work — and the data shows it,” Stringer said.