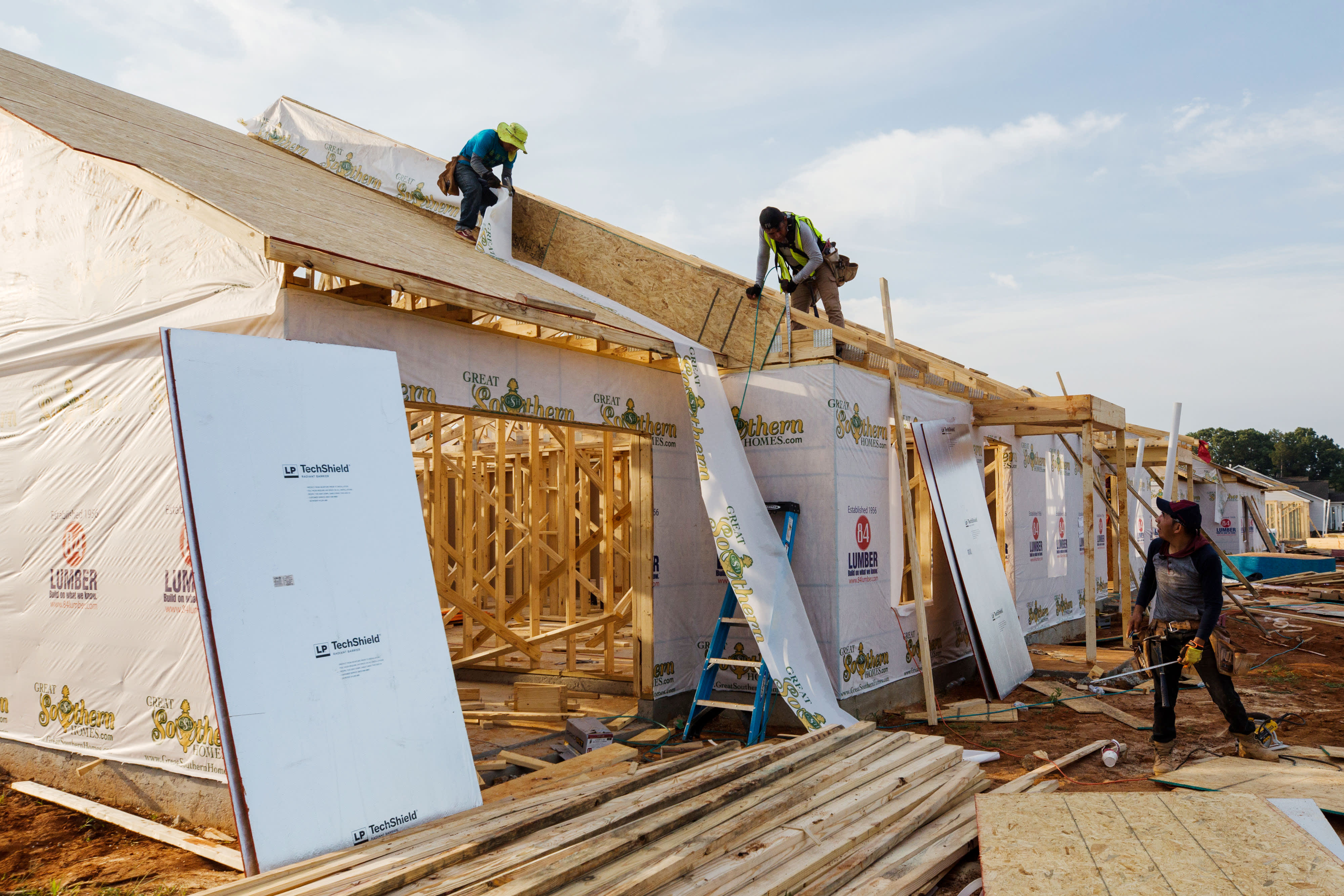 Homebuilders in the single-family construction market are feeling better, as lumber prices are way down from sky-high levels and buyer demand is growing.

Builder sentiment rose 1point in September to 76, according to the National Association of Home Builders/Wells Fargo Housing Market Index. It was the first increase in three months.

Sentiment stood at 83 in September of last year and then set a record high of 90 last November. It then dropped off dramatically when lumber prices spiked and supply chain issues hampered construction.

Lumber reached more than $1,600 per thousand board feet this spring, but the more recent price has been around $400.

Of the index’s three components, current sales conditions rose 1 point to 82. Buyer traffic increased 2 points to 61 and sales expectations in the next six months held steady at 81.

“The single-family building market has moved off the unsustainably hot pace of construction of last fall and has reached a still hot but more stable level of activity, as reflected in the September HMI,” said NAHB Chief Economist Robert Dietz. “While building material challenges persist, the rate of cost growth has eased for some products, but the job openings rate in construction is trending higher.”

The biggest hurdle for builders in the coming months will be affordability, as they are forced to raise prices in order to keep up with construction costs. Buyers are still getting help from low mortgage rates, but should rates begin to rise, the squeeze on their wallets will intensify.

“Affordability remains a challenge, even with mortgage rates near historic lows; if the pace of income growth doesn’t keep up with inflation and interest rates rise more than expected, we’d expect housing activity to slow from our current projections,” said Doug Duncan, Fannie Mae’s chief economist.

Regionally, on a three-month moving average, builder sentiment in the Northeast fell 2 points to 72. In the South it dropped 2 points to 80 and also fell 2 points in the West to 83. The Midwest was unchanged at 68.