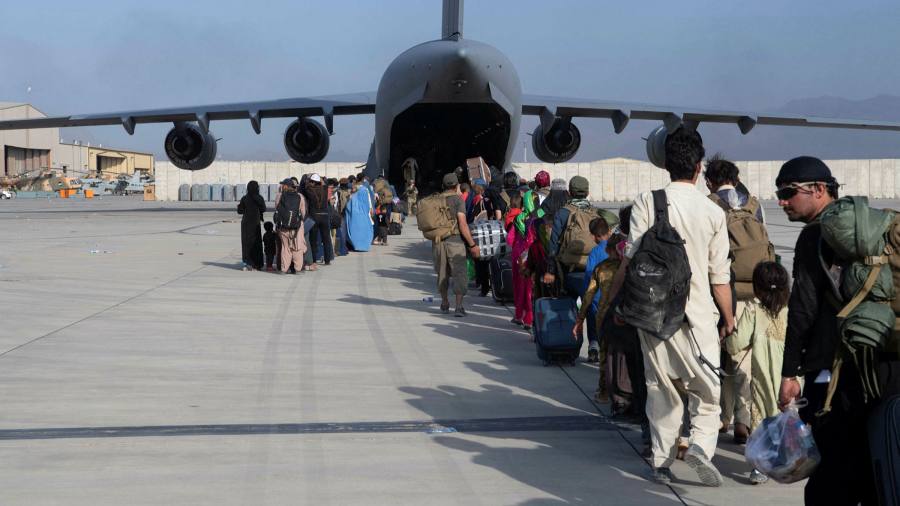 The US has warned American citizens to avoid Kabul airport because of security threats, just hours after secretary of state Antony Blinken urged the Taliban to ensure “safe passage” for people seeking to flee Afghanistan.

The deteriorating security situation at the airport has been a mounting concern for US and western officials trying to evacuate thousands of civilians ahead of an August 31 deadline to withdraw American troops. Officials have highlighted the danger of an attack from Isis-K, a terrorist group.

The alert issued by the US embassy in Kabul included a plea for Americans who were already at three of the airport’s gates to “leave immediately”.

The warning followed a similar message from the UK, which cited “the ongoing and high threat” of a terrorist attack. British nationals were advised to avoid travelling to the airport and to “move away to a safe location” if individuals were nearby.

The separate directives were issued after Jens Stoltenberg, Nato secretary-general, warned that the risk of a terrorist attack on the airport was increasing daily, describing the threat as “a real danger”. Stoltenberg said the biggest challenge was enabling people to get to the airport, as the area around the facility and the rest of the country were “controlled by the Taliban”.

Turkey said on Wednesday that it would withdraw its troops from the airport, in a further sign of the worsening security situation. President Recep Tayyip Erdogan has said Turkey would maintain a 500-strong battalion to secure the airport but the country’s military said it had begun evacuating its forces in light of the “current situation and conditions”.

The US and other foreign governments are aiming to evacuate their citizens and Afghan allies by August 31. Stoltenberg said about 20,000 people were being airlifted out of the country per day.

The Taliban, which controls access to the airport, has said all foreigners must leave by the end of the month. Afghans have been blocked from reaching the facility in recent days, according to people arranging flights for locals who worked with the US and its allies.

Blinken’s comments at a briefing on Wednesday followed criticism from US allies and American lawmakers over the chaotic exit from Afghanistan, which they charged risked leaving many vulnerable people stuck in the country. The secretary of state said 4,500 US citizens out of an estimated 6,000 had been evacuated this month.

“[The Taliban has] a responsibility to . . . provide safe passage for anyone who wishes to leave the country, not just for the duration of our evacuation and relocation mission, but for every day thereafter,” he said, adding diplomats were “aggressively reaching out” to the remaining 1,500 Americans.

There was “no deadline” to help remaining US citizens and Afghans who had assisted American forces, Blinken added, and Washington was developing “detailed plans” for providing consular support and facilitating departures after August 31.

But officials acknowledged that the fate of anyone left behind after that date would be in the Taliban’s hands.

John Kirby, Pentagon press secretary, said: “When the mission is over and we are leaving [Kabul] airport, the airport will not be the United States’ responsibility any more.

“How it gets managed going forward will be something the Taliban will have to manage on their own, I assume with the international community, but that won’t be an American responsibility.”

Kirby confirmed that there had been another operation by US forces in Kabul on Tuesday night to rescue citizens trapped in the city by helicopter and bring them to the airport. The Pentagon has confirmed two similar instances of transporting people into the airport.

Blinken suggested that Washington’s relationship with the Taliban-controlled government in Afghanistan would depend on the latter’s conduct.

He also hinted that the administration may examine whether it should have taken a different approach to the pullout.